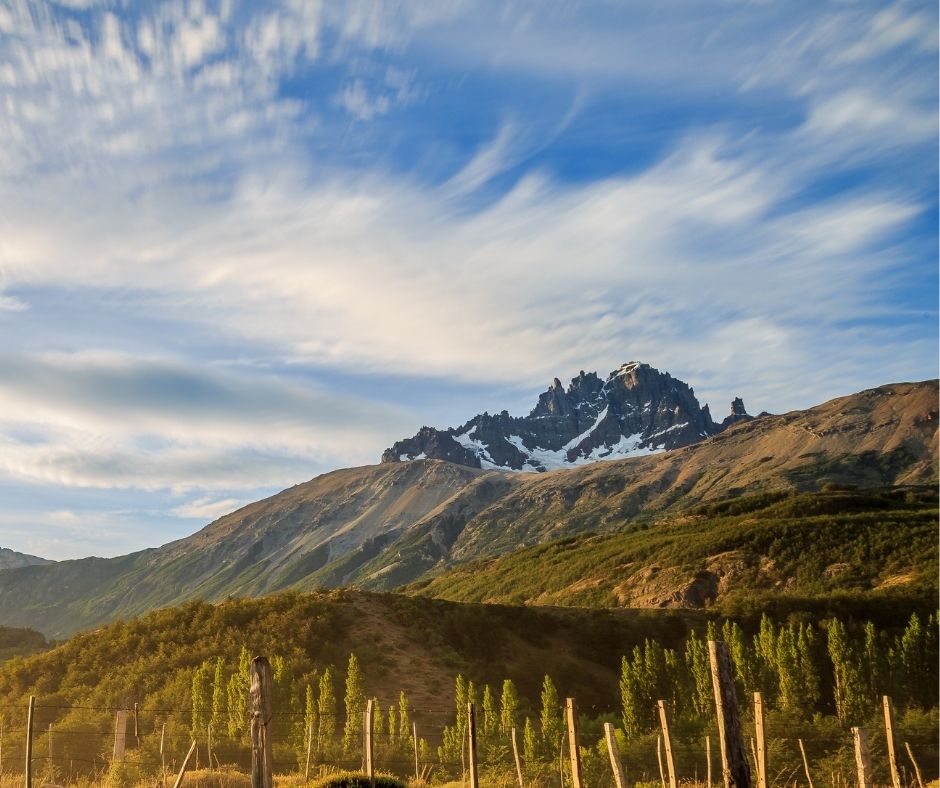 The Top 5 destinations to visit in Patagonia

Patagonia hosts a great deal of beautiful and attractive destinations and attractions that make it overwhelming sometimes to some visitors. Where to start? Which is a must-see?

Here are the Top 5 places to visit and activities to do that will leave travellers satisfied with their stay. Although they’ll want to come back for more!

It is by far Chilean Patagonia’s most renowned landmark and one of the world’s best.

The distinctive color of its three “jagged” granite peaks are the reason behind its name, “paine” or blue in Tehuelche tongue, referred to by members of this ethnic group that arrived and lived in the region more than 1,000 years ago.

Their magical allure has attracted voyagers from all over the world to take its different trekking and cycling circuits to reach the base of the peaks. Also, they can enjoy a wide variety of spectacular natural scenery: mountains, valleys, rivers (such as the Paine River), lakes (especially the turquoise lakes Grey, Pehoé, Nordenskjöld, and Sarmiento) and glaciers (Grey, Pingo, Tyndall, and Geikie, all of which are part of the Southern Patagonian Ice Field).

Visitors activities range from camping to horseback riding, rock climbing, trekking and hiking; there are plenty of ways to enjoy the Torres del Paine experience.

2. Travel the remotest highway in the world

Travelling along the 1.240 kilometres that make up Carretera Austral is an experience like no other.

It is also a contact point between civilization and nature through the impressive national parks that border or cross this remote highway.

The first stop is the Alerce Andino National Park, notable for its forest of huge ancient alerces (cousin of the American Redwood); some of the trees are over 3,000 years old.

The adventure continues at the Hornopirén National Park and its beautiful hidden lagoons and excellent fishing.

Meanwhile, from Caleta Gonzalo, you can visit Pumalín Park, some 58 kilometres north of the town of Chaitén, with camping zones, a cafeteria, hiking trails, cabins, picnic areas, and a shop selling handicrafts.

Further south is Queulat National Park, known for the Salto Padre García Hurtado waterfall and for its Hanging Glacier seen from a lookout area on the highway, located some 25 km south of Puyuhuapi, on the banks of the Ventisquero River.

3. The myths of Chiloé

Travellers can lose themselves in the magic and legends that emerge from the mist in the Archipelago of Chiloé, made up of the Large Chiloé island and countless smaller islands and minor islets.

Its surface of 9,181 km² is a living scar of the sinking of the Chilean coastal range, which left a few peaks rising above the surface of the ocean.

The big island is by far the leading destination for tourists and travellers that want to wander the “place of the chelles” (a black-hooded gull) or maybe, if they’re lucky, come across some of the fantastic figures that make up Chiloe’s rich mythology.

Whether on top of a bike, a car or a motorcycle, travellers can see most of the island in a day-trip. The trip will enchant visitors thanks to the beautiful countryside and charming wooden houses boarding the main roads, built entirely from alerce wood (Chilote red-wood).

A must-see: a nice excursion is to visit the beaches dotted around the island, where travellers can participate in a range of aquatic sports. The best beaches on the island are in Dalcahue.

It’s one of the largest proglacial lagoons in Patagonia, formed by the retreat of the San Rafael Glacier, at the northern end of the Northern Patagonian Ice Field.

The icy waters draw thousands of tourists every year, with several boats departing daily from Puerto Chacabuco and Puerto Montt towards the lagoon where you can take in the natural beauty of the glacier and see the ice break off in large chunks.

The San Rafael National Park is a must-see. With a campground, places to eat, and fun excursions and tours, it has all the infrastructure and services needed to have a great outing.

Another remarkable attraction is sailing among the icebergs that have broken off the San Rafael glacier, making an extraordinary and overwhelming spectacle.

Puerto Edén is an enchanting backwater of civilisation in the corner of the Gulf of Penas (sorrows).

Approximately 6,000 years ago, the island’s coasts were inhabited by native canoeing peoples, the ancestors of the modern day Kawéskar. Today, the town is the residence of the last descendants of this ethnic group, who have their own name for Puerto Edén: Jetarktétqal.

In addition to its remote antiquity, Puerto Edén remains true to its name by being located at the centre of the Bernardo O’Higgins National Park, the largest in Latin America and place of singular beauty.