Whenever I’m on assignment – I never really have a “Patagonia vacation” as such – I have the opportunity to revisit places that, for most others, are once-in-a-lifetime experiences. In mid-January, for instance, I was driving north on Chile’s Carretera Austral and stopped in the tiny town of La Junta to visit the Hotel Espacio y Tiempo – the best place to stay and dine in a long stretch of graveled highway that’s presently being paved. Screened from the highway by a corridor of mature conifers and other evergreens, it offers the sense of being an isolated mountain lodge.

The hotel’s Chilean-Colombian owners, Alan Vásquez and Connie Palacios, had something different to show me this time. Their indigenous Mapuche chef, Donald Manquenahuel, had recently resigned to follow his passion by opening a brewery – and, rather than pleading for him to stay, they built a new structure where he could install the equipment, brew and bottle his Cerveza Kawiñ (the name derives from a Mapudungun word meaning an “agreeable encounter with nature,” and even sell it to passersby here.

Manquenahuel stresses the purity of Patagonian water that goes into the beer, aims for sustainability in a local market (you won’t find this beer in Santiago, at least yet), and recycles everything (nothing is canned, and 80 percent of the bottles are actually reused). Kawiñ comes in two varieties, a light ale and a dark porter; the shop, which includes other local products such jams and crafts, keeps long hours in summer. 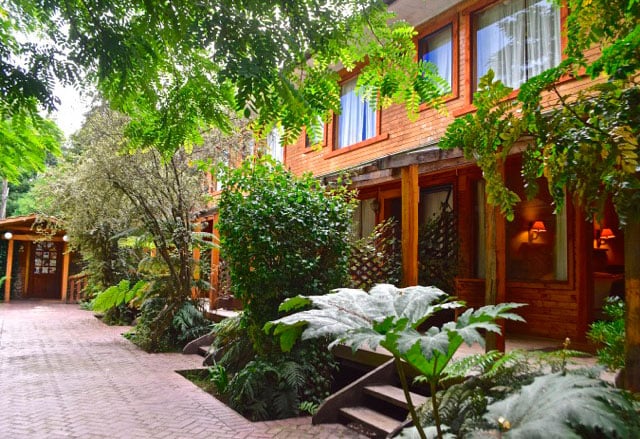 But how’s the beer? Well, I may not be the best judge of that, since I generally prefer wine and my annual beer consumption is (considerably) less than a six-pack. That said, though I consider beer refreshing in small amounts on a hot day, I was able to finish my bottle of porter and later, in Santiago, suggested it to the owner of a parrilla (grill restaurant) who specializes in meats from the region. Maybe, in the future, you’ll be able to chug a Kawiñ in Chile’s capital after all.

"Esperanza" is a new ferry that comes to strengthen Navimag's transportation role in Chilean ...

Patagonia is home to special events during the austral summer (November-March) that you should ...

3 things you must know about the Patagonian culture

If you want to gain a deep understanding of Patagonia, you mustn’t ignore its history and culture. ...

Must-haves you can't forget to pack when you visit Patagonia

Here's a packing list of must-haves that will make your adventure in Patagonia more enjoyable.

5 tips for planning your trip to Patagonia

If you’d like to get to know this area, you must read this blog! In this video, we’ll tell you how ...