When the wandering Englishman Bruce Chatwin headed to South America, in the early 1970s, he wasn’t on a typical Patagonia vacation, but his ensuing narrative In Patagonia (published in 1977) established the region’s modern literary credentials. Many of the places he visited – such as Butch Cassidy’s cabin in the Argentine province of Chubut – have become offbeat pilgrimage sites.

Chatwin first got interested in Patagonia on seeing the remnant of skin of what his grandmother told him was a “brontosaurus” sent to Britain by his distant cousin Charley Milward, a shipwrecked sailor who stayed in Punta Arenas and built a house there, now colloquially known as the Castillo Milward (“Milward’s Castle”).

Chatwin visited the house, which he described as “a Victorian parsonage translated to the Strait of Magellan,” and it’s an attention-grabber in a city with an impressive architectural heritage. It was then, and still is, a house with “high-pitched gables and gothic windows.

On the street side was a square tower, and at the back an octagonal one.” Chatwin quotes the neighbors as having said that “Old Milward can’t decide if it’s a church or a castle” and, on getting a tour from its owners, he enters “a hallway of solid Anglican gloom.”

After seeing Milward’s home, Chatwin had one more goal. What his grandmother called a “brontosaurus” was in fact a mylodon, a giant ground sloth that may have existed simultaneously with the earliest humans to populate the region. In the vicinity of Puerto Natales, Chatwin hiked to a cave where he found no skin to match what he had seen in England, but he did collect a few stray hairs resembling those he’d seen attached to that skin. 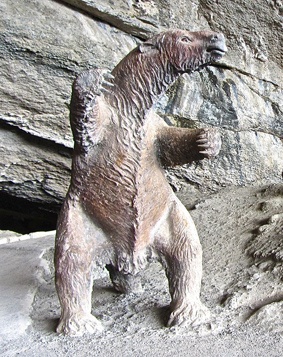 He’d get in serious for that trouble today, since the Cueva del Milodón is now a national park – with a full-size statue of the beast that once took shelter there.

Patagonia is home to special events during the austral summer (November-March) that you should ...

3 things you must know about the Patagonian culture

If you want to gain a deep understanding of Patagonia, you mustn’t ignore its history and culture. ...

Must-haves you can't forget to pack when you visit Patagonia

Here's a packing list of must-haves that will make your adventure in Patagonia more enjoyable.

5 tips for planning your trip to Patagonia

If you’d like to get to know this area, you must read this blog! In this video, we’ll tell you how ...

How to visit Patagonia on a low budget

Do you want to visit Patagonia but need to do it on a low budget? Good news! There are many ways to ...

Tips for traveling to Patagonia with children