A magical moment in every trip is when an animal decides to show itself in all its splendor, creating unique memories and many photos. This encounter is even more extraordinary if it happens in its natural habitat and in a way that respects the environment.

We made a list of the best places to see wildlife in Chile, whether you are on vacation, on a  weekend escapade, or taking some time to travel around the country.

What animals can you see while traveling in Chile?

Chile has enormous biodiversity, which is one of the reasons why it’s a favorite destination for travelers that love animals and naturalists.

Seeing them all is difficult. Besides, it depends on where you go in Chile. Here are some examples of the animals that make up the rich fauna that could cross your path if you visit:

Where can you see these animals?

The best places are national reserves and monuments, according to the Go Chile portal. Besides these, we recommend animal refuges, sanctuaries, and rehabilitation centers as well as scenic routes protected by the government.

Whichever one you choose to visit for your trip, it will be an environment that ensures the safety and protection of these animals.

Here are just a few examples of the variety of parks in Chile whose objective is the conservation and protected use of the country's natural wealth, according to the National Forestry Corporation (CONAF).

Los Flamencos National Reserve, in the Antofagasta Region. Home to the tuco tuco of the puna, the culpeo fox, Andean puma, vicuña and guanaco, chinchillas, Condors, and the Chilean flamingos that give the reserve its name.

Humboldt Penguin National Reserve, between the regions of Atacama and Coquimbo. Home of this particular bird and the chungungo, one-haired and two-haired wolves, the yunco duck, and the lile duck, among other 68 species of terrestrial vertebrates.

Torres del Paine National Park, in the region of Magallanes and Chilean Antarctica. In Chilean Patagonia, you will find fauna unique in the world, among them the Patagonian puma. And the best place to see it is in Torres del Paine with the help of a specialized guide.

Laguna San Rafael National Park and Biosphere Reserve, in the Aysén region. It consists of four ecological areas that remain largely intact, home to the black-necked swan, the chucao, and the huet huet.

Francisco Coloane National Park, in the Magallanes and Chilean Antarctica Region. It is Chile's first marine park, and its most renowned attraction is the sighting of Sei and Minke humpback whales, says the Chile Tourism portal. But it is also home to orcas, sea lions, elephant seals and sea lions, and Magellanic penguins.

Have a look at this list of Go Chile for more information on other reserves and parks in Chile.

Refuges and care and protection centers

Places recognized in Chile for sheltering and protecting animals include, according to El Definido daily:

Peñaflor Primate Center, in the Metropolitan Region. It is the only place in Chile that cares for and rehabilitates different primates rescued from illegal trafficking. Therefore, visitors must sponsor a primate to enter the site.

Lonquén Educational Farm, in the Metropolitan Region. It is an education and entertainment center where children and adults can interact with different farm animals.

Santuario Igualdad, in the Metropolitan Region. Rescues and cares for farm animals with special needs or that have suffered accidents. Visits are not open to the public; the only way to see the animals is to make a donation or collaborate in some way with the sanctuary.

Choose any of the Heritage Routes that cross Chile from north to south, and you will come across an animal along the way. There are more than 70 trails throughout the country, so you have many alternatives.

One that deserves special mentioning is the Chilean Route of Parks in Patagonia, an ambitious project that seeks to conserve nature along its 2,800-kilometer between Puerto Montt and Cape Horn.

Whether you are a hiker, cyclist, or motorcyclist, you can choose to do the entire route (which takes at least a month) or do any of these suggested trips if your time is limited.

Much of it is on-road, but a good part is by sea; there are several local ferry services to help you cross.

Meanwhile, there are scenic routes that comprise long stretches of land where rich biodiversity coexists.

We recommend the Interlagos Network in southern Chile, also called the Lakes and Volcanoes Scenic Route. As its name indicates, it crosses lakes, rivers, and volcanoes in three regions: Araucanía, Los Lagos, and Los Ríos, according to Chile Travel.

Also, a path that few know about because of its biodiversity is the Patagonian Fjords Route, which you can see onboard Navimag’s Esperanza ferry.

Wherever you travel in Chile, wildlife will be part of the experience. So make sure it is a positive one for both you and the animals.

It’s always best if you learn about the wildlife conditions and their protection before you travel. And if you visit one of the protected environments like the national reserves, parks, monuments, and routes that we recommend, even better! 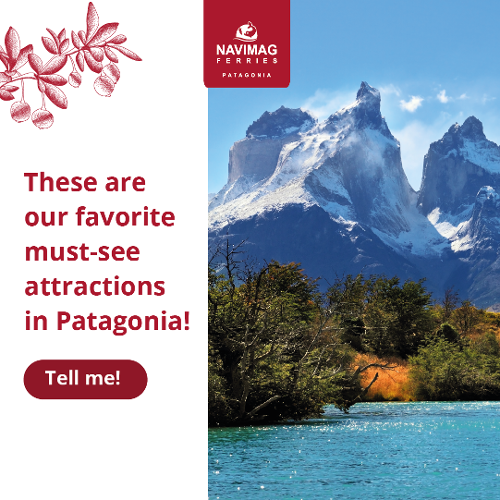