Chilean Patagonia is a region that offers very particular living conditions, in which only animals in southern Chile can adapt. From abundant vegetation, unpredictable weather and, to almost no human interventions in some areas.

You will find here wildlife found in only a few places in the world or that are definitely on the verge of extinction.

Are you planning a trip to Patagonia with your family? In this magical corner of the planet, you will see some beautiful animals that will leave a mark on your journey.

Get to know some of the 6 most remarkable animals of Chilean Patagonia.

The ñandúes (also known as choiques) are a species similar to the ostrich that lives in the Patagonian steppe.

The small ñandu is a subspecies in danger of extinction. Although it doesn’t fly, it uses its wings to gather speed when running away from predators. In fact, it can reach up to 60 km/hr. It weighs 15-25 kilos, and its feathers depict white, gray and brown spots.

The history of the small ñandú dates back centuries. British scientist Charles Darwin took his time to realize that this was a different species from the common ñandú.

What's more, its sole existence questioned the theory at the time that each species had been specially created to adapt to its habitat.

When he unexpectedly found remains of this bird, Darwin understood that species can change and adapt over time, depending on conditions.

Studies show that the largest population of small ñandús is found in Chacabuco Valley, in Aysén region, in the extreme south of Chile.

Ñandús feed primarily on leaves, seeds, and roots, but they also consume insects and small rodents. A peculiarity of this kind is that the male is in charge of incubating the eggs and caring for offspring when they are born.

Their main threat is hunting and the collection of eggs for food.

This mammal belongs to the same family of the deer, and it’s a Chilean emblem. In fact, it’s shown in Chile’s national shield.

It is robust, about one meter high, very docile and similar to the European red deer.

Unfortunately, it classifies as "endangered" in the Red List of Threatened Species by the International Union for Conservation of Nature (IUCN).

There would be only 2,000 huemules in the world (they live the forests of the Patagonian Andean Mountains exclusively), scattered between the Nevados de Chillán and the Strait of Magellan. Its population has decreased by 50% in the last 500 years.

In Chile, the species is protected by Law 19,473, which prevents from hunting, possession, capture, transport, and commercialization. The most substantial number of specimens per hectare is present in the Bernardo O'Higgins National Park.

Its main threats are hunting, fires, attacks from their natural predators the puma, the culpeo or the wild dog), diseases transmitted by cattle, and the destruction of its habitat by human action.

It is one of the four animals in greatest danger of going extinct according to NGO Greenpeace Chile.

It is the smallest canine found in the country. Its population is mostly concentrated on the Grand Island of Chiloé, and to a lesser density in the Nahuelbuta National Park, in the Alerce Costero, in the Valdivian Coastal Reserve, in Oncol Park.
That is to say, it likes secluded places, far from humans, in the temperate forests and lower swamp areas in southern Chile.
Its gray and reddish spots on ears and legs are very characteristics. It feeds mainly on insects, wild fruits, birds, reptiles and rodents (especially the long-tailed mouse, which transmits the deadly hantavirus).
And like the huemul, its conservation status according to the IUCN is "in danger of extinction." Today its population does not exceed 600 specimens.
Given its critical state of preservation, several Chilean government agencies such as the Ministry of the Environment and the Environmental Protection Fund are concentrating efforts for its conservation.

Humpback whales are easy to recognize due to the hump on its dorsal fin, and they shape it takes when it submerges in the water.

It’s said to be one of the most acrobatic of the whale's species, given the pirouettes demonstration they do at sea; it's incredible jumps and noises it makes when hitting the water with its fins are known.

Its most characteristic trait is the melody it makes when it communicates underwater. Also, it usually feeds on small fish and krill.

Its physical features include a dark back and white spots in its stomach, chin, and inside of fins.

Although it is present in many parts of the world, it’s easier to spot in Chile.

Where to watch humpback whales? One of the best places is the Carlos III Island, in the Francisco Coloane Marine Park, in Magallanes region.

When humpback whales migrate to Antarctica in search of food, the Strait of Magellan is one of the few places where they stop before they get to the white continent. It’s ideal to travel to Patagonia between December and May to go whale watching.

Currently, only 10% of the original population of the humpback whale remains.

It’s common in Chile to call “toninas” all dolphins found in Chilean waters; whether it’s the bottlenose, the Austral or the Chilean dolphin.

The latter is a cetacean that lives mainly on the southern coast of Chile, from Valparaíso region to the Strait of Magellan.

It is one of the world's smallest dolphins (maximum 1.60 meters long) and is characterized by its rounded fins. Commonly, it is dark gray with a white throat and stomach, and a white spot behind each pectoral fin.

One of the best places to watch this dolphin is Chiloé Island. Even though it’s a shy animal, it is not necessary to travel far into the sea to see it.

This marine mammal was at risk during the 70s because its flesh was used as bait for fishing crabs. Today is also part of the IUCN Red List, under the category "near threatened" due to the destruction of the marine ecosystem.

Patagonia hosts several species of penguins, but the Magellanic penguin is the most popular, primarily due to the regular tours to Magdalena Island, located an hour and a half from the city of Punta Arenas by sea, a place home to about 60 thousand couples of this specimen.

This area is protected and managed by the National Forestry Corporation (Conaf) and it's named "National Penguins Monument".

This species not only can be seen in Chile; like a good a migratory bird, the Magellanic penguin moves to warmer waters such as those in Brazil and Peru in winter.

This bird was described in 1520 by Italian explorer Antonio Pigafetta as a strange goose measuring 35-45 centimeters, with a dark head a white stripe stretching from the eye to the neck, with short and strong wings, grayish-black plumage on the back and white feathers on the chest.

In January and February, its kind avoids the water altogether while it’s changing plumage and does not have the necessary waterproofing layer isolating it from the cold. 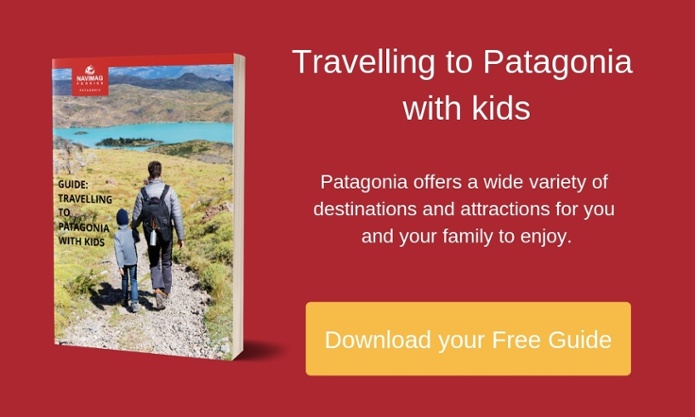