4 mouth-watering dishes in Chilean Patagonia that you must try

The southernmost region in the world not only stands out for its natural beauty and striking sceneries, but also for its delicious food.

In this region you can try unique dishes whose preparations are like a ritual.

These are the 4 mouth-watering dishes that you must try in the Chilean Patagonia.

Are you ready to taste the flavours of the end of the world?

If you are going all the way to the end of the world, you deserve a bit of luxury. The centolla Magallánica or Southern king crab is considered a luxury for its unmatched savour and, at times, high price.

However, in the Magallanes region it’s more accessible than in other places.

This is one of the best Chilean shellfish and competes with the lobster in all property.

However, the centolla fishery is banned between December and July. Therefore, to find it you must have patience and luck.

Where can you try the Magellan king crab?

An alternative is the crab with kiwi sauce at Afrigonia, a restaurant in the city of Puerto Natales.

Another dish is the Magellan crab ravioli in Hotel Tierra Patagonia, also in Puerto Natales.

This food goes well with a delicious pisco sour made with calafate, a fruit that grows in Patagonia.

Lamb on a Stick

The roast lamb on a stick is an experience of the culture Patagonia that you cannot not miss. His cooking is done outdoors and takes a couple of hours at least.

While it cooks, diners can enjoy a good wine and spectacular views. It can also be cooked in a wood oven, although it takes about the same time.

Because of the geography and climate of the south of Chile, lamb is a meat of very good quality; tender texture and delicious taste. That is why the livestock is one of the main economic activities of Magallanes region.

You can try this delicious meat on the grill at Don Jorge restaurant, accompanied by baked potatoes with merkén (a local spicy curry), or in Estancia Puerto Consuelo, where you can also watch the cooking process. Both options are in Puerto Natales.

This is a classic dish from Chiloé Island and is one of the most representative of the Chilean cuisine.

It can be prepared either in a pit or pot. The first option has a special mystique given that it takes some time to cook, like the roasted lamb.

The cooks begin preparing a hole in the ground of 1 meter in depth, approximately; the background is covered with stones and intermingle firewood and charcoal. So are heated stones whose heat cooking ingredients: seafood, sausages, ribs, chicken, potatoes, spices, among other things.

Some alternatives to try are the Chilote Inn, in the city of Ancud, or the cocinerias of the village of Dalcahue.

The guanaco became a boom in the kitchen of the south of Chile, incorporated from the mapuche gastronomy. The place that concentrates the highest population of these camelids is Tierra del Fuego; it is the only place where you do not have a natural predator. There, your hunting is regulated and permitted only in winter, by authorized personnel.

Why is it so quoted in the local cuisine?

By its lean and tasty meat. At Hosteria Las Lengas, in the village of White Lake, the prepared roast, such as goulash or escalopa. Also on skewers marinated in herbs and rhubarb, a relative of the celery more acid and pink.

A large part of a journey is to discover its gastronomy. These four preparations will be quite an experience for your palate when you travel by Chilean Patagonia.

Dare to try their flavors and know their processes. If you like, you will have no choice but to return. 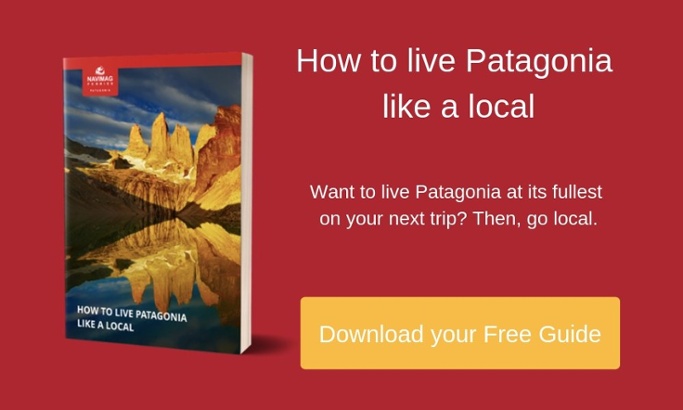